First and foremost, when you think back on your time at Alabama, what comes to mind?

The relationships. Coming up there, I came in 1979, so we just won the National Championship. Coming up to guys like Steadman Shealy and Dwight Stevenson -- these guys who are literally Hall of Famers everywhere - I was intimidated. At the same time, I was there to be a part of something where excellence was the standard. It wasn't just, we hope to win a few games. Our goal every year was to win it all.

Of course, there was also being there with Coach Bryant. When you're young, I don't think you have the same grasp as to the significance of that relationship. I tell people all the time, The Last Coach, which is a book about Coach Bryant, was one that I wish I'd known about when I knew him, because I would have understood more. But nonetheless, gathering those lessons in life from him and the people around me, no question, that's what comes to mind when I think back on my time at Alabama. Those same friendships and relationships, I still maintain contact with those people. They encourage me and challenge me, just like we did 30 years ago.

What would you say is the most important thing you learned at Alabama that you still carry with you today?

In life, one of the things that I've learned about life is, and I hear this analogy all the time, "Oh, life is like football game." No. Life is like football practice. In a football game, 80,000 people would show up at Legion Field and cheer us on and measure our moves and encourage us. Football practice was showing up and grinding it out, learning from your mistakes, encouraging other people, learning how to overcome adversity and pick up when you fall down. That's life. That's when there's an illness in your family that you didn't expect.

My youngest son was born with what we thought were some issues but turned into some serious difficulties. For 12 and a half years as a special needs child, it was difficult. Really, really a challenge. More than work or medicine or anything else, dealing with his issues and prioritizing those things ‐ even up to the very end, the last year and a half of his life, he was home on a ventilator. My wife, high school sweetheart, we went to Alabama together and walked through those difficulties and struggles, and that's what Coach Bryant was talking about. Life doesn't always deal fair hands to everybody, but you do what you do. You step up and do the right thing, and you do it well.

You don't compromise, because as soon as you start compromising, you've just changed your standards. That, more than anything, taught me about the reality of that kind of competition. Now, I never was in the military, but my father was in the military and my brother was a retired two-star General. People don't fight wars and do heroic things for their country ‐ not initially. They do it for the guys in the foxhole with them.

How did your experience as a student-athlete experience prepare you for your medical profession?

In medical school, there were a lot of people a lot smarter than me. I realized that experience showing up in Tuscaloosa to a national championship team about to win another one was very similar. You go to medical school and all of a sudden, you're surrounded by brilliant, brilliant people. A lot of whom are more talented in different areas than you are. The real key is how do you take advantage of that, learn from them, and learn what they do well and make yourself better.

The other thing is medical school and residency were just hard work. If you're willing to work to achieve what you want, then you'll be successful. Coach Bryant used to say, "If this were easy, we couldn't get enough helmets." His point was that if you want to achieve something, you're going to have to pay a price for it. You just want to make sure that you remember the price you paid for it, so you live each day accordingly. In medical school and residency, there were people who would complain, "Oh, it's hard. The hours are long." I used to think, "Dude, what brochure did you get?" I knew it was important, it was significant, and it was going to be hard. I wouldn't trade it. It was hard, man. It was tough, but I wouldn't trade it for anything. It was a fabulous experience to me.

What are you most looking forward to when this pandemic subsides?

It's about relationships. I know it's only affirmed for me the value of connecting with people. And when that's taken away from you, even though it's good to slow down a little bit, we've missed community. We were made for that. Church online is not the same as church in person. Zoom meetings with your staff is not the same as being able to look them in the eye and recognize, okay, that person needs a pat on the back and that one needs a kick in the butt. There are things you can only do in person. I really look forward to being able to hug people, and high five, and shake hands, and connect again with people like we should.

What was it like to play under Coach Paul "Bear" Bryant? What lessons did you learn that you apply to your profession today?

The second thing was, in hiring, hire people who are better at their job than you are. When you're successful it's because there are people who will do what they do, and they do it well, and you enable them to do what they do well. You provide them with opportunities. You push them forward and help them grow to do what they need to do. That was a real, and it continues to be, valuable lesson for me.

You were one of eight pallbearers for Coach Bryant when he died. Tell us about that experience and how it still impacts you today?

Well, here's the trivia bit. That was the first funeral I had ever attended in my life. The first. The other seven guys are men that I still stay in contact with and have a relationship with. They're all still close to me. Not because of that, but because we were close already. People say, "Well, how were you selected?" It was Mrs. Bryant who asked us to do it. I think it's because we were on that team. Generations of people who could have qualified for that, they were close to him, but it was her decision to take some of the guys from that current team to represent his final drive down past the stadium that we played in.

I knew it was going to be big, but this ... before Zoom and all this, there were outlets in the other churches downtown. They were broadcasting it. Guys like Woody Hayes and Bo Schembechler couldn't get in. They were out on the streets because they couldn't get into any of the churches. Then when we came out and we carried his body out in that casket, I'll never forget the feel of the roses, the pins that they put on there, and carnations as they stuck in our hand, but nobody was going to complain about that. We carry him, we get on the bus with the team, and from the moment we left the church until we arrived in Elmwood, there were people ‐ it's a what? 45-minute drive? And there were people. Nobody was on the interstate driving. Every car on the opposite side heading South stopped and pulled over. It's a Southern tradition to do that. You don't see that much up North, but you do down here. This was something . . . at every overpass, from Tuscaloosa to Birmingham, there were banners. "We love you. We miss you. Thank you, Coach Bryant." People were standing, and they all took their hats off. It was something. Extra ordinary. Significant. Unlike anything that's ever happened before, or since to my knowledge. I've not seen anything like that where an entire state, both sides, blue and orange, red and white, everybody stopped to say farewell and thank you to somebody that we all realize, particularly now, we're never going to see again.

I talk about the Crimson Tide Nation and the brotherhood a lot. That's what it really is among the former players. Not just Coach Bryant's players, but the Curry players and Mike DuBose I run into occasionally down here in Opp, Alabama. That whole group of guys who understand it, who get those lessons and understand that being from Alabama's something different. The standard may have been set by your coach, but it goes back to Wallace Wade and guys way before us. We don't take credit for it. We're just grateful to be a part of it.

*Interviews were conducted in May 2020 and have been edited lightly for clarity and length. 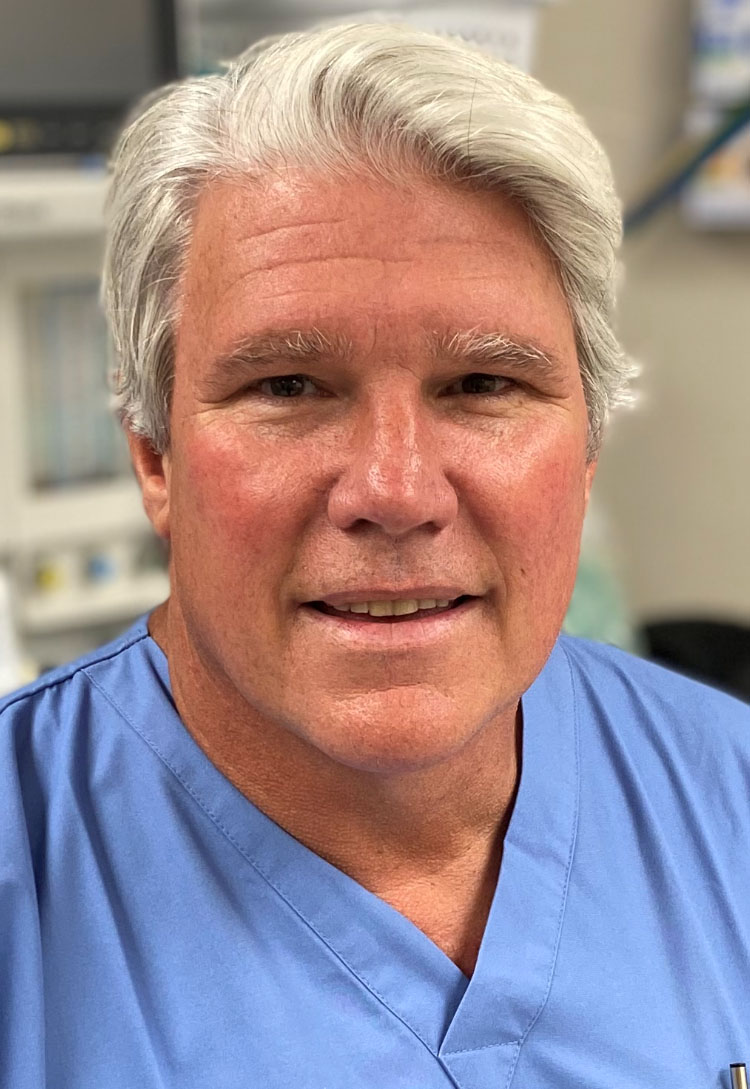 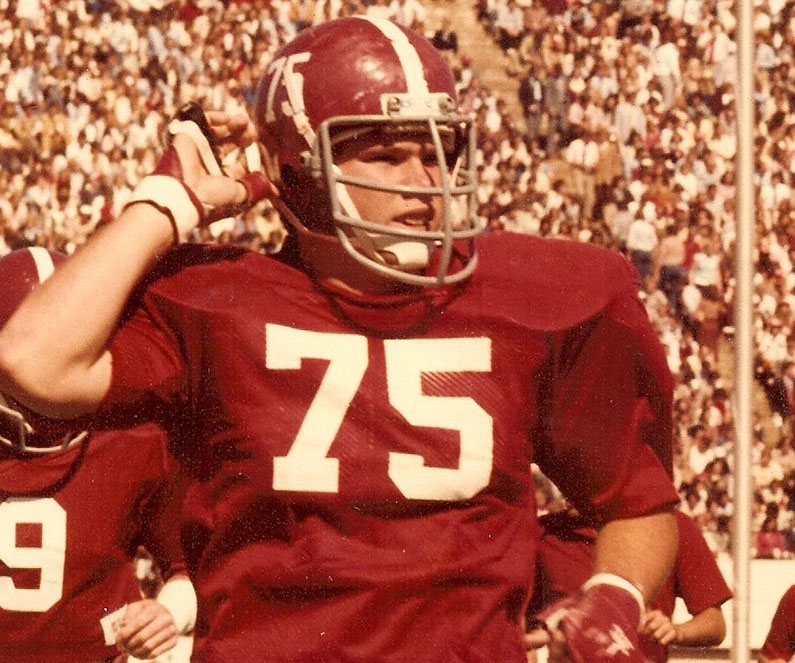